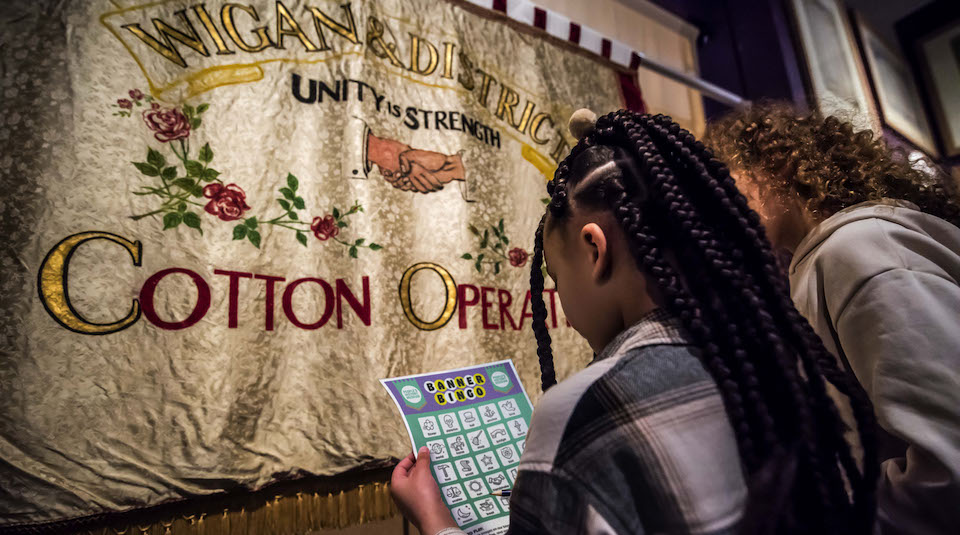 People’s History Museum is the national museum of democracy. Visit the museum’s main galleries and explore the development of democracy in Britain: past, present and future. From the Peterloo Massacre of 1819 to the present day, meet the revolutionaries, reformers, workers, voters, and citizens who believed in and continue to inspire ideas worth fighting for; ideas such as equality, social justice, co-operation, and a fair world for all.

The first theme of Main Gallery One is Revolution.  Manchester was once at the centre of Britain’s Industrial Revolution.  Based on the cotton textile industry, the 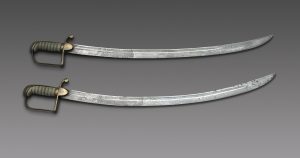 town became the world’s first industrial city.  Despite high wages in good times, workers endured appalling living and environmental conditions.  Little could be done to improve these; there was no political structure and Manchester had no MP. 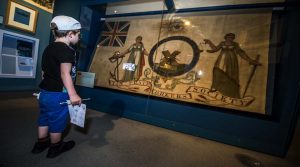 Strikes covered in the section include the Dock Strike of 1889 and the Match Girls’ Strike of 1888 Experience the harsh working conditions at the Bryant & May match factory through an arcade style game.  Funded by AIM Biffa Award, developed in collaboration with Manchester Metropolitan University. 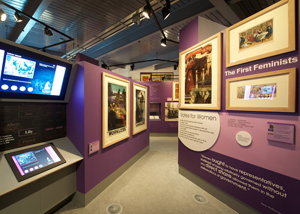