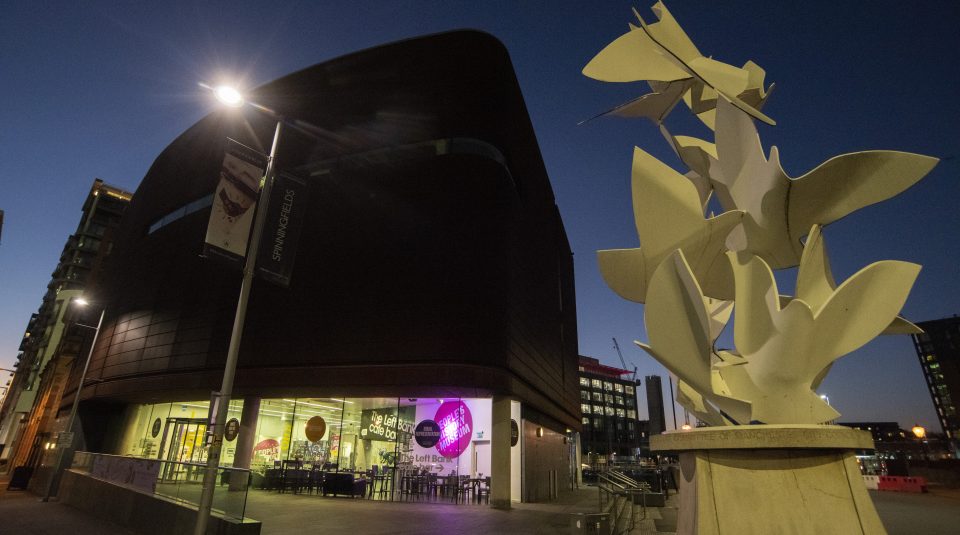 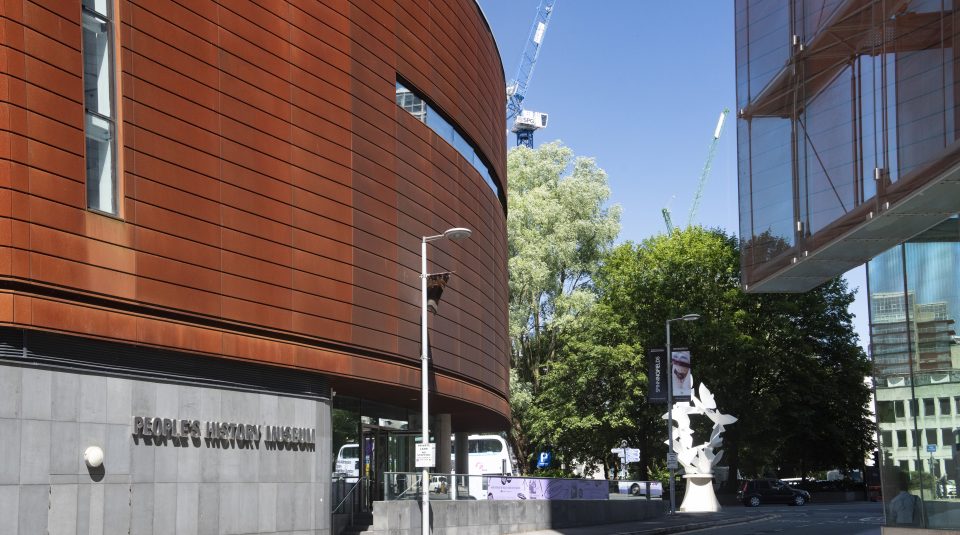 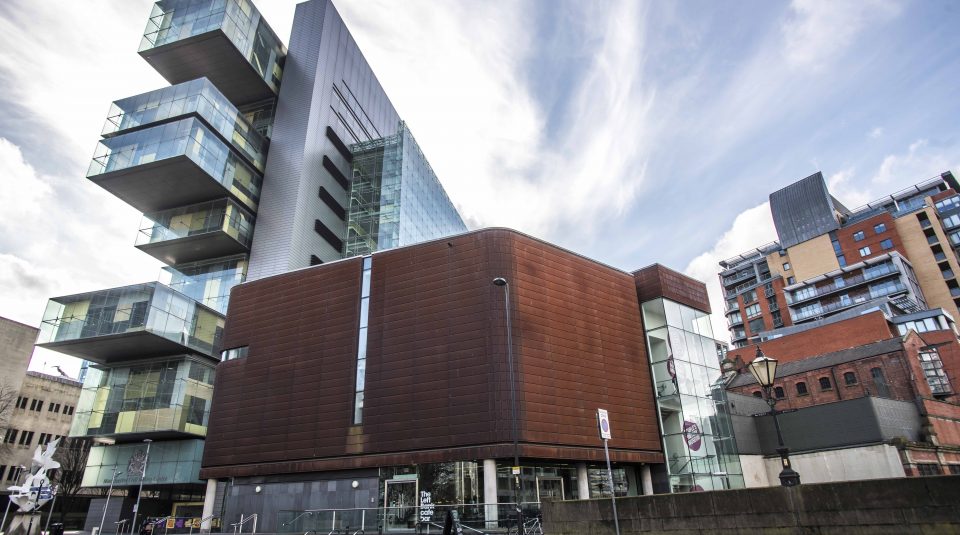 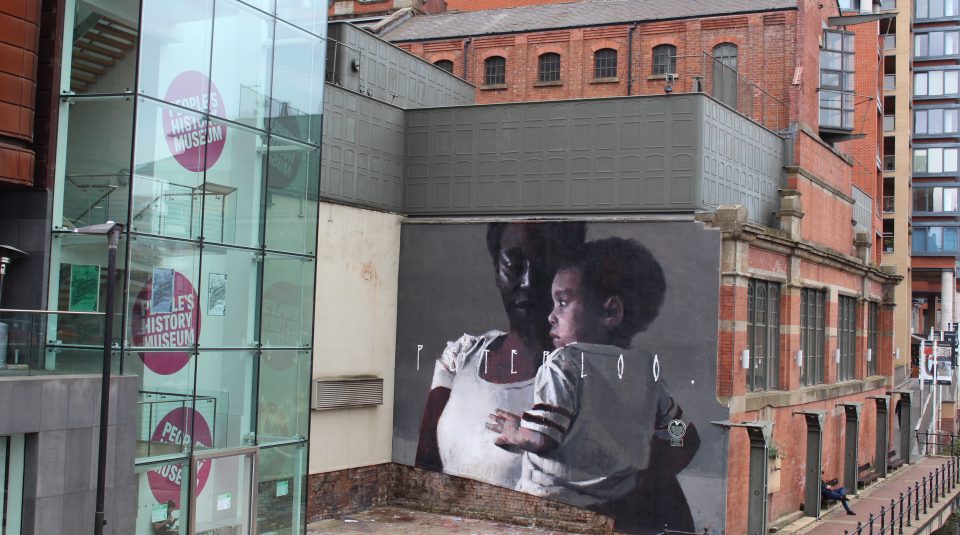 The People’s History Museum is the home of ideas worth fighting for – where our radical past can inspire and motivate people to take action – to shape a future where ideas of democracy, equality, justice and co-operation are thriving.

What do we believe?
We all believe in a thriving society; one where people are engaged, involved and actively playing their part.  As the ‘go to’ place for democratic engagement we want to help shape this future. We want to make the world a better place!

What will we do?
We will make sure people care about the world they live in, get involved in their communities, engage with the democratic process and use their right to vote.  We will provide information, inspiration and ideas for people who ask: Why should I get involved? Why should I care? Why should I vote? Who are we?  We are a museum of ideas – ideas that are powerful, radical, innovative and world-changing – ideas that unite and bring people together – today’s ideas worth fighting for, as well as yesterday’s.  Walking through the museum brings you face to face with these word-changing ideas – election by ballot, votes for women, workers rights to fair pay, equality for all regardless of gender, race, sexuality, age or disability – and many more.  We are the only place where these ideas are brought to life through our collections, exhibitions and programmes.  Every object in our collection has played its part in the fight for democracy and equality. Each placard, banner, badge and poster has been held by different hands fighting for different causes – but all working together to make a difference.  We share inspiring stories that need to be told – of the people who fought for ideas – people who dared to be different and who made a change. We are keeping the people’s history alive and will continue to do so.

What is important to us?
We are the People’s Museum; we welcome everyone and we connect people.  We believe in the importance of conversation, discussion and debate. Our museum is full of passion and emotion – triggering memories, reminding people of ideas worth fighting for today, provoking change in people’s thinking and doing.

How do we work?
We are at our best when we co-operate and work with others – with our partners, our audiences and with each other. We support current and future activists and campaigners. We provide space for other people’s voices, ideas and campaigns. We collaborate and co-create with communities, groups, artists and others.  We open up our collections, stories, spaces and staff to all. We share our unique resources to ask questions, generate ideas and provoke action.

What do we stand for?
For sparking people’s curiosity and imagination, creating energy and excitement, eliciting a reaction and giving power to the people!

People’s History Museum is a charity and is a company limited by guarantee with a maximum of 20 trustees.  It is independent and has no political affiliation.

The museum is Accredited by Arts Council England.  In 1998 it was awarded Designated status by the Department of Culture, Media and Sport (DCMS), which recognises the museum as having pre-eminent collections of national importance.

Registered in England as the National Museum of Labour History, number: 2041438

The origins of the museum lie in the 1960s when a group of pioneer activists began to collect labour history material at a time when the museum world was largely uninterested.  They believed strongly in the importance of collecting and preserving items belonging to working people.  They opened the National Museum of Labour History in London in 1975.

In the 1980s, with the museum’s future threatened by a lack of funding, the collection was rescued by Manchester City Council and the Greater Manchester authorities, with the help of the TUC.  Local champions who believed in the importance of the collection fought for the museum to come to Manchester and the museum reopened on Princess Street in 1990 in the building where the first meeting of the TUC took place over one hundred years earlier.

Interest in the museum continued to grow and the collection continued to expand.  The museum needed larger premises and a second site was opened at the Pump House in 1994 with public galleries, exhibition spaces, learning programmes and events for an interested and engaged audience.

There was still more to do and the museum had an ambitious plan to expand even further, to bring all museum activities, operations and staff onto one site and to create a landmark building to fully reflect the unique and special story it told of the development of democracy in Britain.

The museum successfully secured an investment of £12.5 million from local, regional and national partners to achieve this vision.  In 2010 the museum re-launched itself again with a restored Pump House and a new modern four storey extension, attached to the original building by a glass walkway and clad in a striking, rusty exterior of Corten steel.