As part of PHM's commemorations to mark the bicentenary of the Peterloo Massacre in 2019, the museum hosted a programme of events and exhibitions that explored the changing face of protest: past, present and future.

The commemorations started in 2018 with a collaboration with global arts organisation Cities of Hope and internationally acclaimed artist Axel Void creating a 9m x 9m piece of street art on the museum’s riverside wall, on the border between Manchester and Salford. 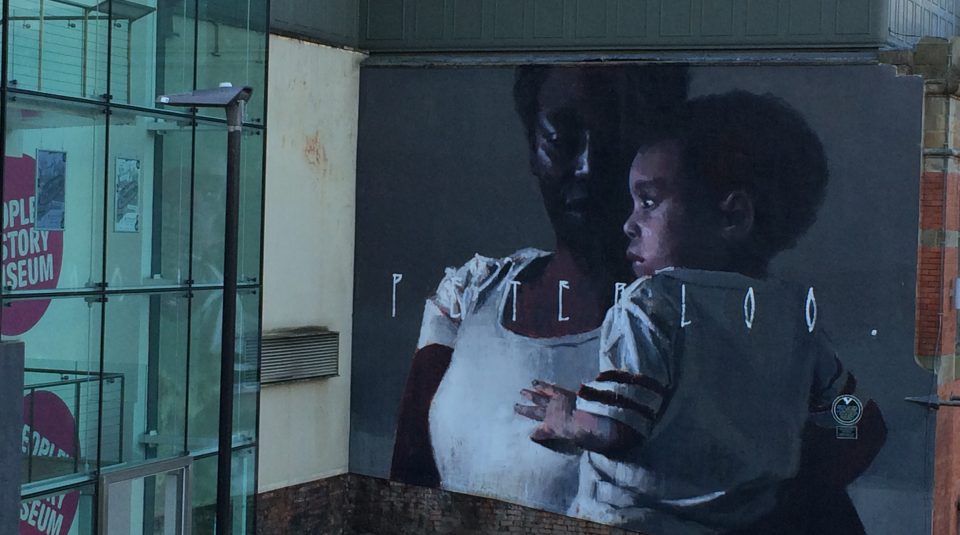 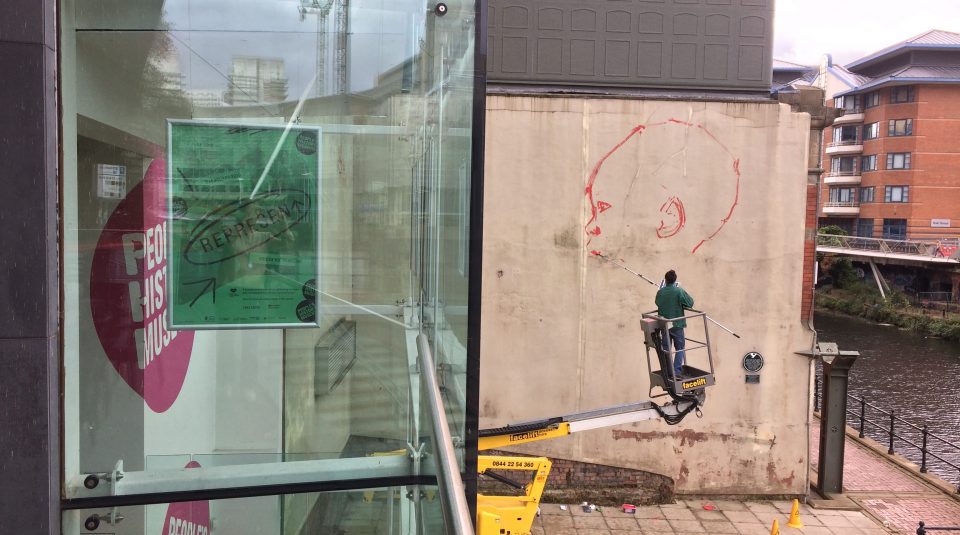 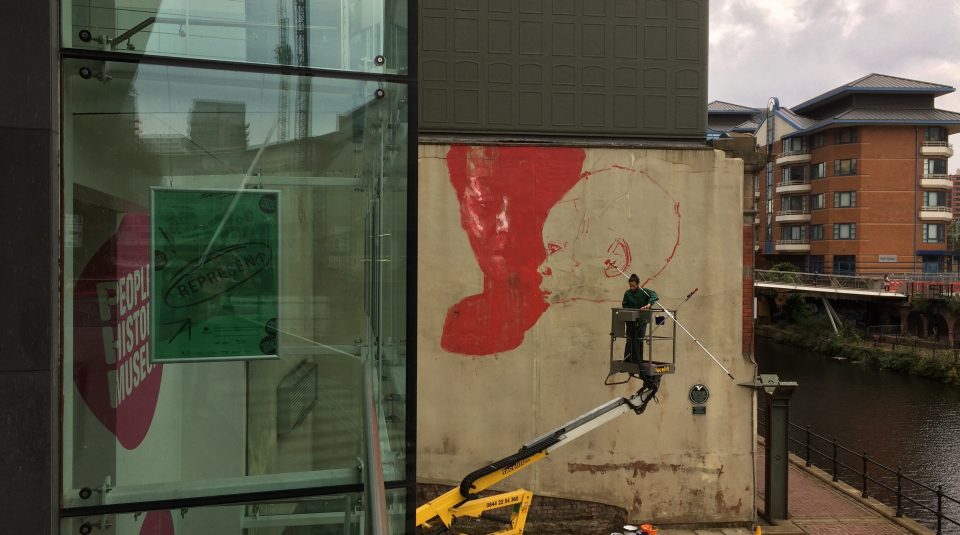 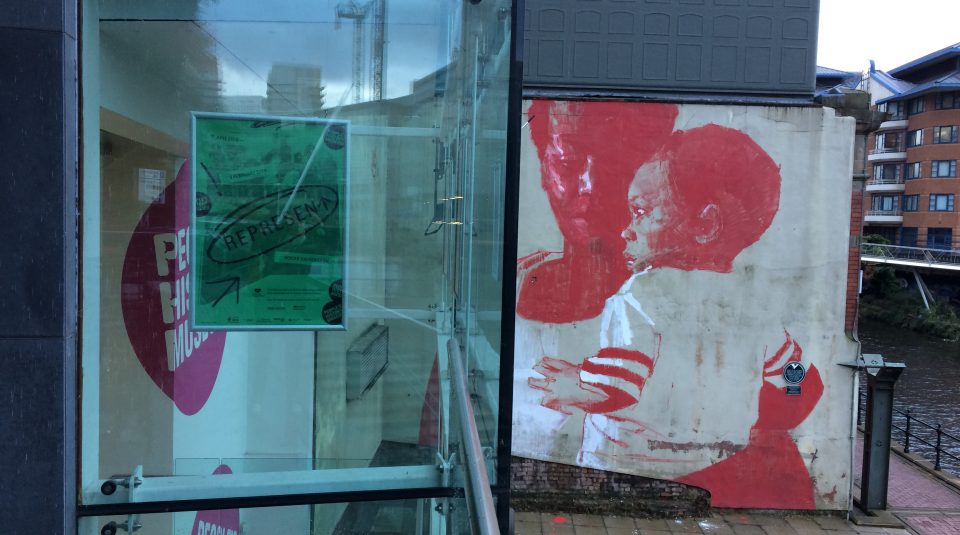 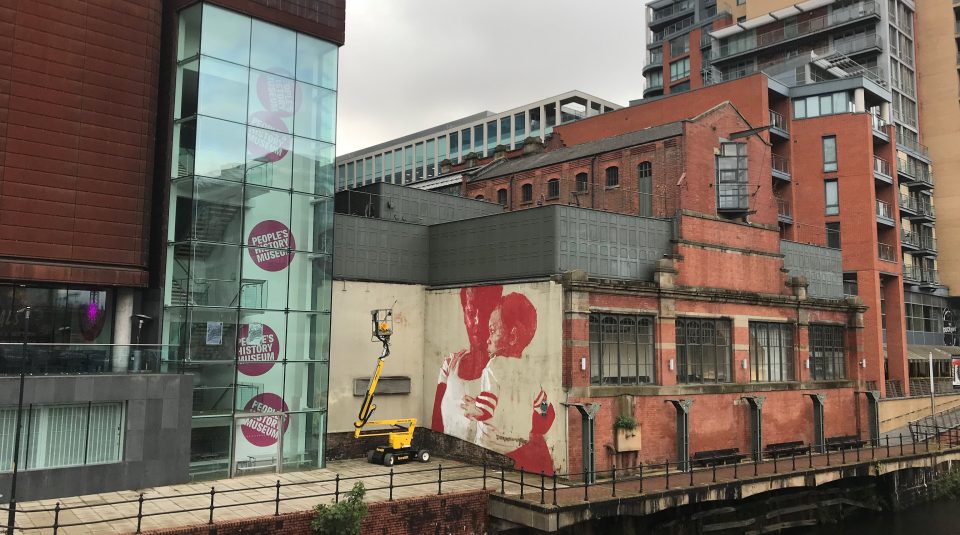 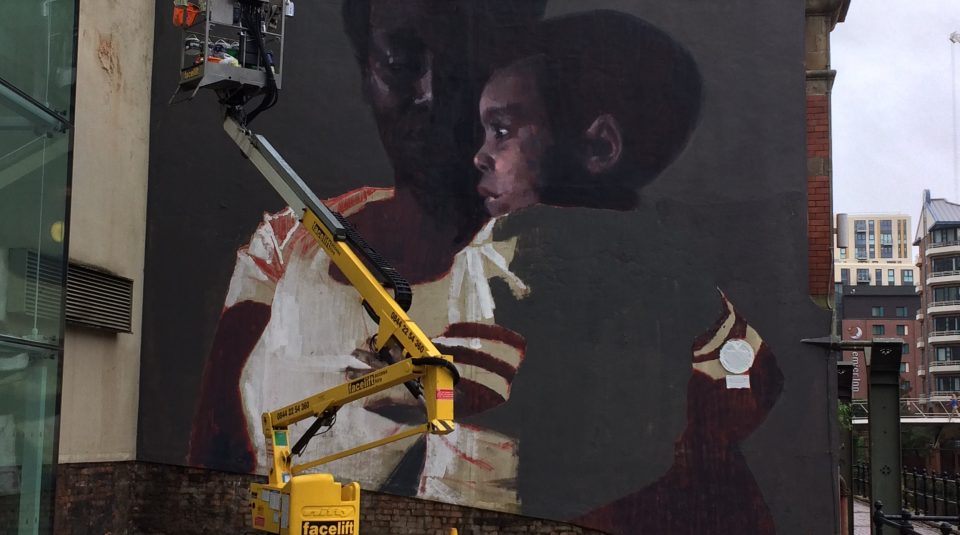 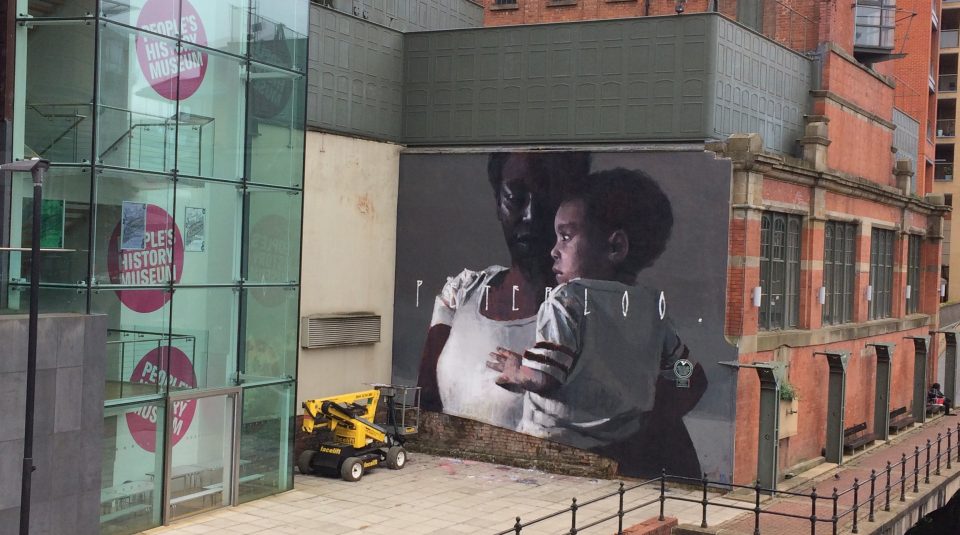 Like the banners treasured inside, this mural, a beacon of hope, rises defiant, on the walls of the People’s History Museum.  The mother and child, symbolic of those who came to St Peter’s Field that day.

The first victim of Peterloo was a two year old child, William Fildes.  Thrust from his mother’s arms, as she fled the soldiers, charging on their horses, waving their sabres, he was murdered that day.

Considered less human, those like William and his mother had been vilified, criminalised and demonised.  Held in contempt, to silence their voice, the politicians and the powerful mobilised the resources at their disposal.  The press, the law and their military might.

They came wearing their finest, determined to show all those that witnessed, that they were neither the dirt nor demons that the press of the time had portrayed them to be.  The women even came dressed in white.

This image depicts a Mancunian young woman, Lydia, and her two year old son, Ezra.  Dressed in her white, Lydia is much more than a symbol of the women who attended that day.  A daughter of a Windrush victim, the injustice experienced by Lydia connects to the injustices of the past.  Her son, her everything, held tenderly in her arms, hers is not a story of fiction, hers is not a tale of yesteryear.  Peterloo is not just a story of the past.  For many, it remains relevant today.

This is our tribute to the people of our city.  Our purpose, not just intended as a reminder of the injustices that ordinary people still face nor how they, even today, remain marginalised and oppressed.  Our purpose is more than this.  This is a tribute in honour of ordinary people.  Of how, resolute and with grace, they still rise in their determination to make the world a better place.  This is a tribute to hope.

Discover the story of the Peterloo Massacre at People’s History Museum; a major event in Manchester’s history, and a defining moment for Britain’s democracy.