OUTing the Past in February 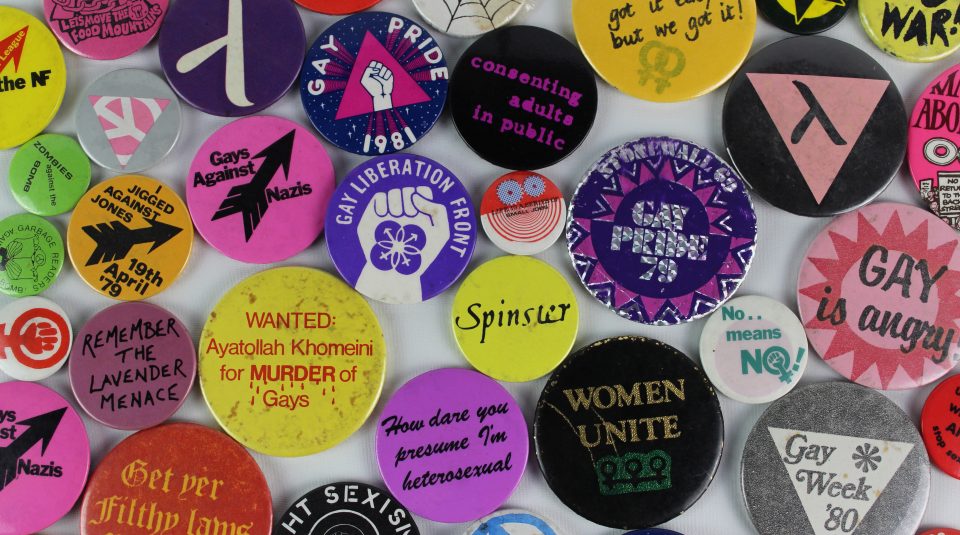 Programme Officer Zofia Kufeldt gives us an introduction to the museum’s LGBT+ collections and shares her highlights for next month’s OUTing the Past Festival.

OUTing the Past in February

What is the OUTing the Past Festival?

OUTing the Past is the international festival celebrating LGBT+ history and activism.  It takes place throughout the year, across the world, with the UK events mainly taking place in February (LGBT+ History Month UK).

It is also a regular event in People’s History Museum’s (PHM) calendar each year.  The museum first took part in the annual OUTing the Past, The Festival of LGBT+ History in 2016 during which we hosted talks, drama performances and discussions concerning lived histories, LGBT+ footballers, and gender and sexuality in the armed forces.  This was enormously successful and as such we were delighted to be asked to be involved with the festival again in the years that followed.

This year we are one of 22 OUTing the Past Hub venues in the UK, Ireland and USA. 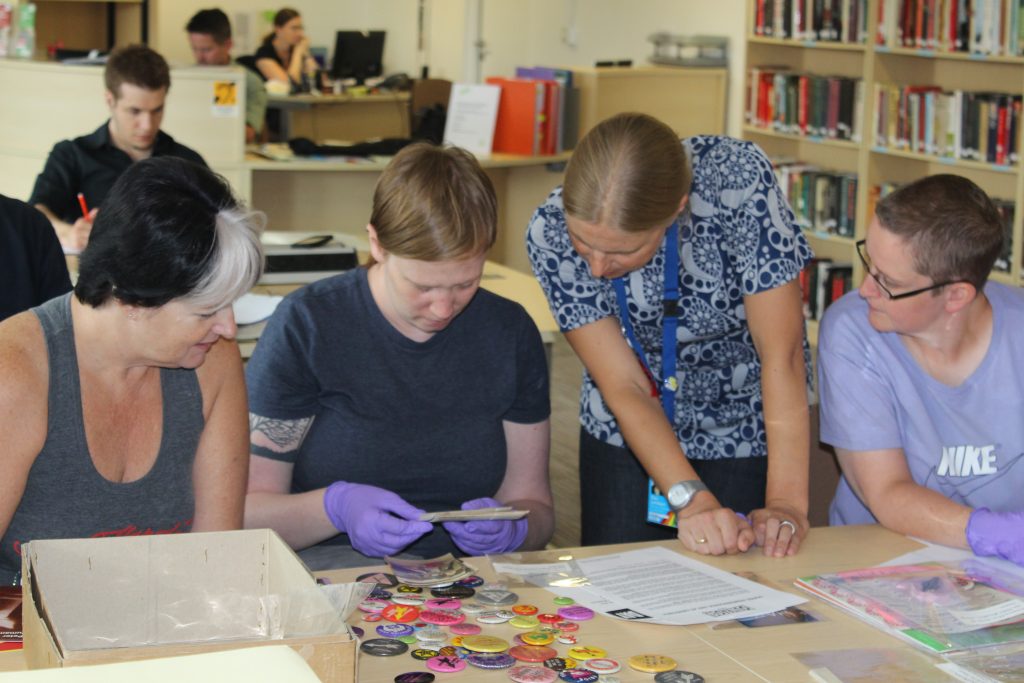 What OUTing the Past Festival events are taking place at PHM this year?

2020 will see us take part in the festival for a fifth consecutive year and we are delighted to be able to announce our line up of events for OUTing the Past Festival which will take place on Saturday 8 February 2020.

Throughout the day there will be the opportunity to delve into our Archive & Study Centre’s LGBT+ collections and talk to our Archive Team about how the collection continues to grow today, and how it is used by communities, researchers and individuals to explore the social and political stories of the past.

There will be a chance to join one of two guided tours of PHM’s main galleries led by one of the Community Curators from our ground breaking 2017 exhibition Never Going Underground: The Fight for LGBT+ Rights.  The tour will be a chance to explore how the history of gender and sexuality has been affected by society, politics and activism over the past 200 years, using information that was crowdsourced in consultation with LGBT+ historians and community groups.

In the first of two presentations, Tash Lyons, volunteer at West Yorkshire Queer Stories (WYQS), will be exploring the important contributions West Yorkshire has made to LGBTIQ+ history through oral history highlights from the WYQS collection.

Following on from this, Carl Austin-Behan, LGBT Advisor to the Mayor of Greater Manchester Andy Burnham will talk about his personal experience of being discharged from the RAF for being ‘incomparable to service life’, winning Mr Gay UK and becoming the youngest and first openly gay Lord Mayor of Manchester in 2016.

In the afternoon PHM’s monthly Have Your Say event, facilitated by Workers’ Educational Association (WEA) tutor Mark Krantz, is the opportunity for open conversation about the talking points of the day, so come along and speak up or sit back and listen. 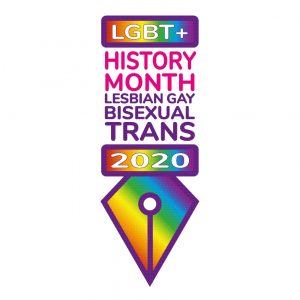 What else is going on for OUTing the Past Festival?

Don’t miss the two other Greater Manchester OUTing the Past Hubs’ programmes celebrating the festival.  Starting the month, on Saturday 1 February, Stockport Libraries have a programme of presentations chosen in conjunction with their LGBT+ partners across Stockport.

Finishing the month, on Saturday 29 February, Bolton Library and Museum have an afternoon of presentations ending with a performance from Filthy Shakespeare Company.

Find out more about other OUTing the Past Hubs across the UK and their programmes.

What LGBT+ collection material does PHM have?

PHM is the national museum of democracy, telling the story of its development in Britain: past, present and future.  The home of ideas worth fighting for, the museum includes the stories of LGBT+ people and their battle for equality, celebrating the brave pioneers, activists and campaigners who took a stand for the right to simply be themselves.  The museum’s archival LGBT+ collections cover papers of key individuals and campaign groups such as human rights campaigner Peter Tatchell and campaign group Lesbians and Gays Support the Miners (LGSM).

The museum’s collections include badges, t-shirts, banners and more from Lesbians and Gays Support the Miners, the campaign against Section 28, Pride events from the 1970s to today, and continuing campaigns for LGBT+ rights in Britain.  Our most recent acquisition to the collection was the badge collection of Ernest Hole, founder of Gay’s The Word, Britain’s first LGBT+ bookshop in Bloomsbury, London.

We would like to continue developing our LGBT+ collections, particularly objects and material that will help tell the stories of LGBT+ migrants and LGBT+ people with disabilities.

So, if you’re as passionate as us about LGBT+ rights and want to learn more on the subject, put Saturday 8 February 2020 in your diaries!

See the Ernest Hole collection on display at the museum until the end of March 2020.  The badges on display include examples from Pride marches and key campaigns that the LGBT+ community have been involved with since the 1970s, including LGBT+ visibility, AIDS awareness, and the fight against the far right. 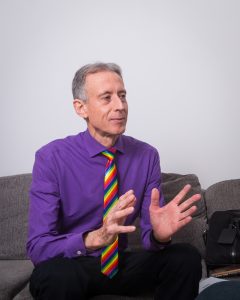 Interested in reading more?  Read a trio of blogs from PHM’s 2018 Playwright in Residence, Stephen Hornby based on the personal papers of Peter Tatchell; the complete holdings of which are held at PHM.

People’s History Museum is open seven days a week, from 10.00am to 5.00pm, Radical Lates are on the second Thursday each month, open until 8.00pm.  The museum and its exhibitions are free to visit with a suggested donation of £5.  To find out about visiting the museum, its full exhibition and events programme visit phm.org.uk.