PHM's Playwright in Residence Blog 3 of 3 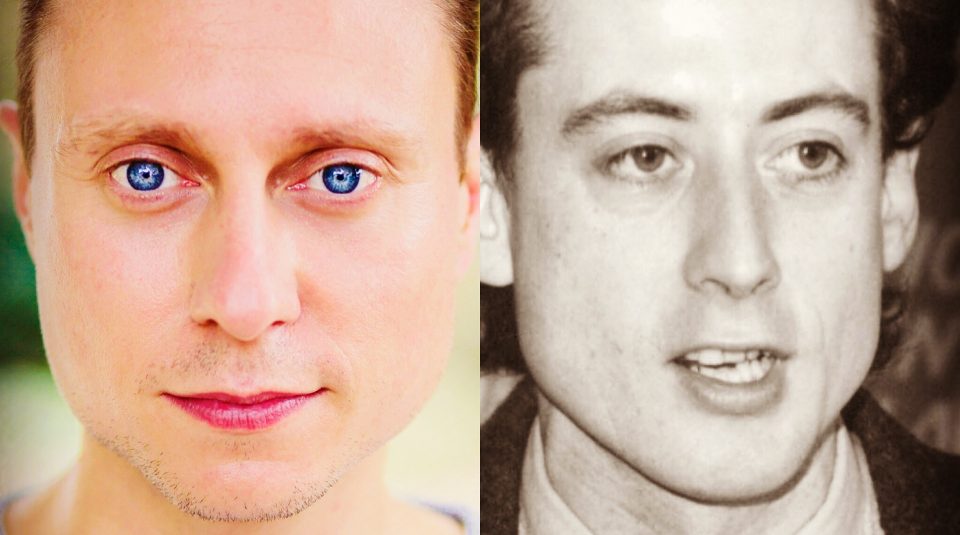 Stephen M Hornby, award winning Manchester writer, is coming to the end of his time as Playwright in Residence at People’s History Museum (PHM).  During his time with us, he has written the first draft of a play called First Rumours.  The play is about seasoned human rights campaigner Peter Tatchell’s time as a Labour Party candidate in the hugely controversial 1983 Bermondsey by-election.

First Rumours, was given a first rehearsed reading at People’s History Museum on Sunday 10 February 2019 followed by a Q&A with Peter Tatchell, chaired by LGBT activist and historian Paul Fairweather.  In his final blog for us, Stephen reflects on the experience of having Peter Tatchell attend the rehearsed reading of the play.

‘I’m trying to be sensitive.  Peter Tatchell has just arrived at the People’s History Museum and I’m ushering him through the crowd into the performance area.  It’s the largest part of the building, the Engine Hall.  The cavernous space seems to make the occasion all the more daunting.  Peter’s here to see a rehearsed reading of a play I have written, First Rumours.  With him as the lead character.  He’s not seen even one scene of it in advance.  And he’s about to hear it read in front of over 100 members of the public, many of whom I suspect will be watching him watching it.  ‘Where would you like to sit?’ I ask, as if a seating plan is the solution to the nervousness I suddenly feel.  Peter chooses a seat on the end of a row, towards the back.  I nod to the museum’s Visitor Services Assistants, the door opens.  I hide at the rear of the room and prepare myself for Peter’s response.

I almost forget that I’m introducing the reading.  I do forget to prepare anything.  So, it’s just straight up and improvise.  I hope I’ve name checked the placement partners correctly; the Arts and Humanities Research Council, the People’s History Museum and the University of Salford.  I go to sit down.  At the very rear of the room next to the director, the wonderful Matt Hassall.  There’s isn’t a free seat.  I stand.  Should I have done thank yous to more people?  Oh well, it’s too late now.

I’ve taken some real liberties with the facts.  One of the people standing against Peter in the Bermondsey by-election was the Dowager Lady Birdwood, a rightwing extremist.  Much as I abhor her politics, the Dowager Lady has fascinated me throughout the script development process and I wanted to work her into the script to provide contrast and comedy.  I’ve moulded her into Peter’s nemesis and created some fantasy sequences when she is confronting him about not being out as a gay man to the media.  Suddenly, with Peter sat there, this feels like a real intrusion.  The fabulous Judy Holt is giving a wonderful performance, relishing lines like, ‘Ask the lefties to line up and form a firing squad, and do you know what they do?  Form a circle!  Form a bloody circle’.  The audience is laughing at least, even if Peter isn’t.

I’ve taken other liberties as well.  Two different Chairs of the Bermondsey constituency Labour Party have been conflated into one character.  I’ve cut up bits of Peter’s articles and turned them into political speeches, re-writing and re-positioning his words to suit the drama of my script.  I’ve dramatised the homophobic verbal and physical abuse that Peter has suffered into a stylised scene that Peter, who still suffers with post-traumatic stress disorder (PTSD) as a result of this abuse, is now sitting through.  I’ve re-ordered some events and I’ve created something of a comedy caricature of Simon Hughes, the Liberal Party candidate who stood against Peter.  Every choice feels alarmingly like the wrong one. 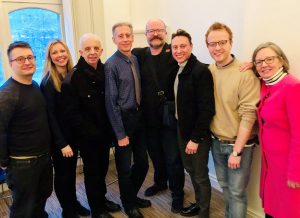 And then there are the scenes we’ve left out.  Have we made the wrong choices in cutting them?  There was a long scene where Peter and Michael Foot, then Labour Party leader, debated the nature of extra-parliamentary action using text taken from letters sent to Foot by members of the public at the time.  Losing that scene stops those voices in the PHM archive from being heard, and maybe the scene provided necessary political context that we’ve now lost?  The play ends on a monologue by Peter partly drawn from an article he wrote for London Labour Briefing and partly an invented coming out speech to the press.  The original ending was a fantasy alternative where Peter was elected as a Member of Parliament (MP) and uses his maiden speech in the House of Commons to come out.  Was that the better ending?

And suddenly, it’s over.  And people are clapping.  And whooping.  And clapping some more.  The cast take a bow.  More clapping.  The audience liked it.  Now I have to take to the stage with Peter and a Q&A starts, chaired by activist and LGBT historian Paul Fairweather.  I still can’t quite tell what Peter’s response is.  The questions start.  I hear him talk about how weird the whole experience of watching my Peter Tatchell was, and then he starts laughing and smiling and he’s talking about how accurate it all was.  And, finally, I can smile too.

Now, what if I turned the whole thing into a musical?’ 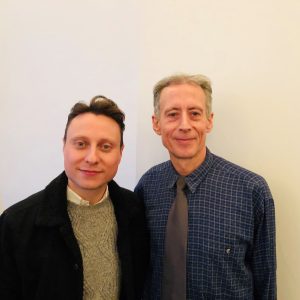 First Rumours, was given a first rehearsed reading at People’s History Museum on Sunday 10 February 2019 as part of OUTing the Past, the national festival of LGBT history, and the museum’s 2019 programme exploring the past, present and future of protest.  Stephen’s work began with a detailed study of the Labour Party archives, the complete holdings of which are held at PHM, which also holds some of the personal papers of Peter Tatchell.  The project was supported by the Arts and Humanities Research Council (AHRC) and the University of Salford.

Stephen has a full-length play called The Adhesion of Love on tour until the end of May 2019.  The play tells the extraordinary true story of how a working class architect’s assistant from Bolton crossed the Atlantic in 1891 to meet visionary queer American poet, Walt Whitman.

You can find out more here: