Thursday 12 December 2019, 6.00pm - 7.30pm Film launch and Q&A: Challenging the Injustice of Joint Enterprise
FREE
Pay what you feel at the event 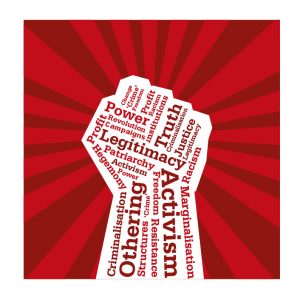 We give an X!  Thurs 12 December #RadicalLate cancelled so you can use your voice on election day.

This Sites of Resistance event held in partnership with Manchester Metropolitan University will premiere Dangerous Associations, a short film concerning the racialised use of joint enterprise, a Victorian common law that has re-emerged in England and Wales in recent years, enabling the conviction by association of multiple individuals for one offence.

Local filmmaker Colin Stone draws on the stories of inside campaigners (serving prisoners) and local and national activist groups channelling calls for change in the law.  Alongside these voices are those of legal and political figures, such as Lucy Powell MP for Manchester Central and Tottenham’s David Lammy MP, who pose searching questions on the legitimacy of joint enterprise laws and what should change.

This film marks the visual extension of the Centre for Crime and Justice Studies publication Dangerous associations: Joint enterprise gangs and racism, the findings of which reveal the centrality of a police driven ‘gangs industry’ that drives up the convictions of young black and mixed race men – many of them for offences they did not commit.

Attendees will hear from a panel of local campaigners including the Northern Police Monitoring Project, Not Guilty By Association, and Kids of Colour who are striving to challenge the contemporary practices of over policing which leads to harsh punishments of innocent young people.  Audience members will be invited to offer their

reaction to the issues raised in the film, to open a dialogue involving new and varied voices in the fight against the contemporary impact of this out dated and unjust law.