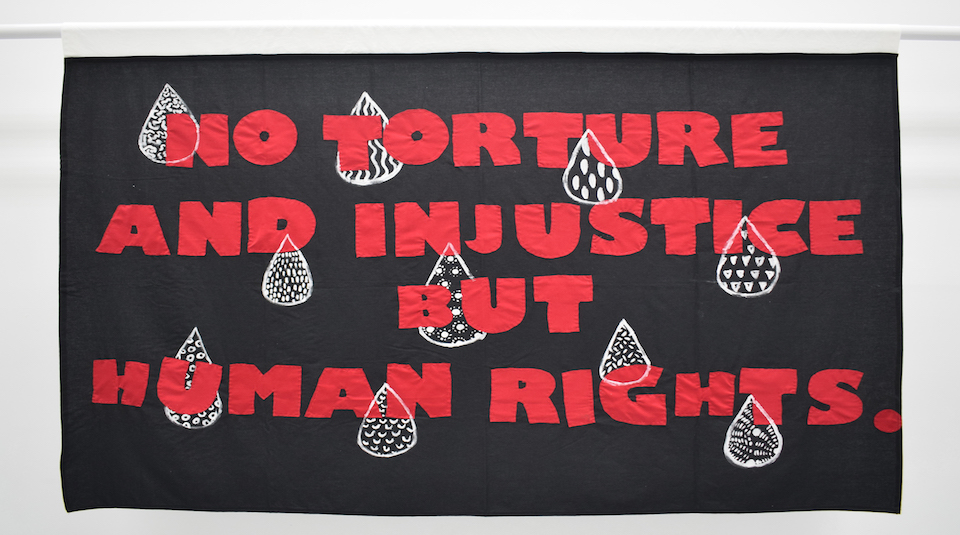 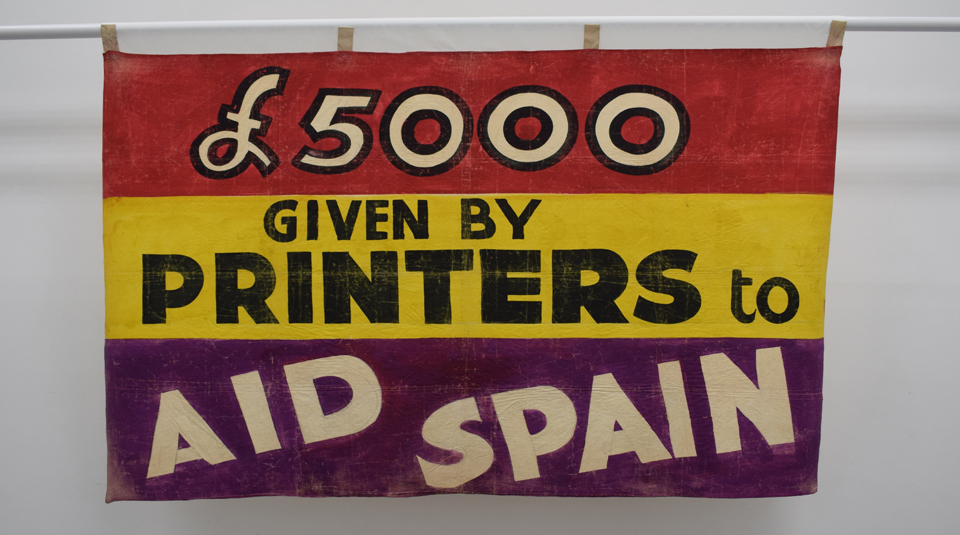 Revamping a quarter of PHM’s main galleries, the majority of banners on display at the museum change annually.

Visit 2020 – 2021’s selection of historic and contemporary banners – some on public display for the first time, all specially conserved by the museum’s expert Conservation Team.

This banner exhibition has been carefully curated to include a number of banners which reflect on past and present migration movements, exploring the many challenges and opportunities migration presents.

These are banners that have been a part of, and have witnessed, a range of different protest campaigns.  Their diverse images, vivid colours and powerful words give life to campaigns in a unique way, with visitors able to explore the stories they reveal throughout the museum’s galleries.

Please note the museum is closed on Mondays and Tuesdays.