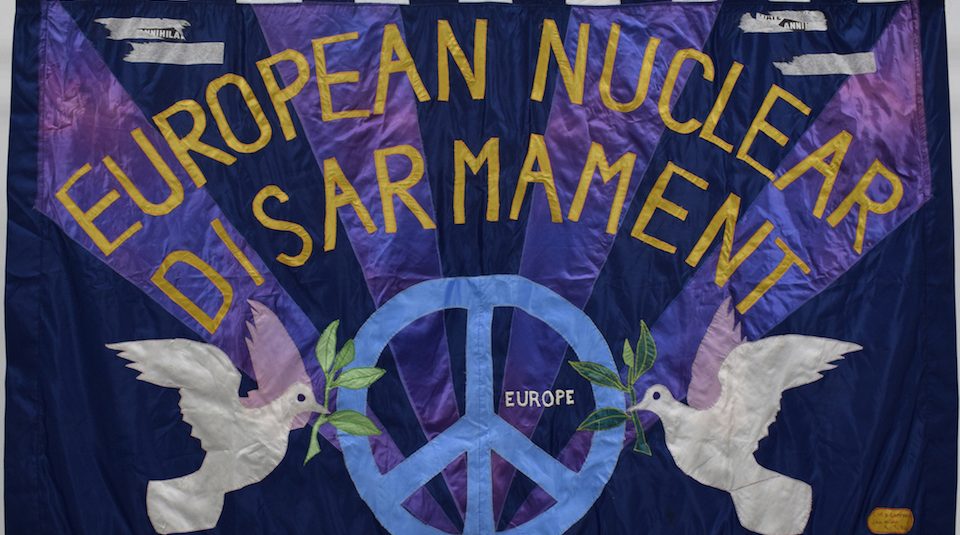 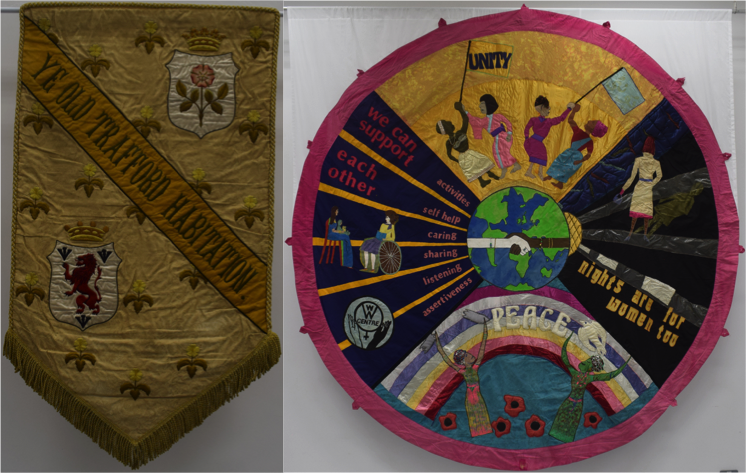 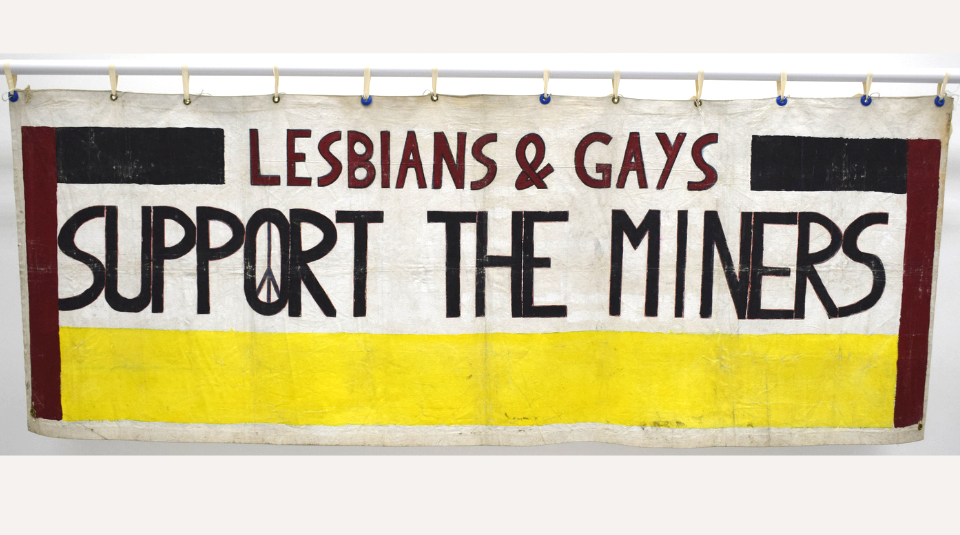 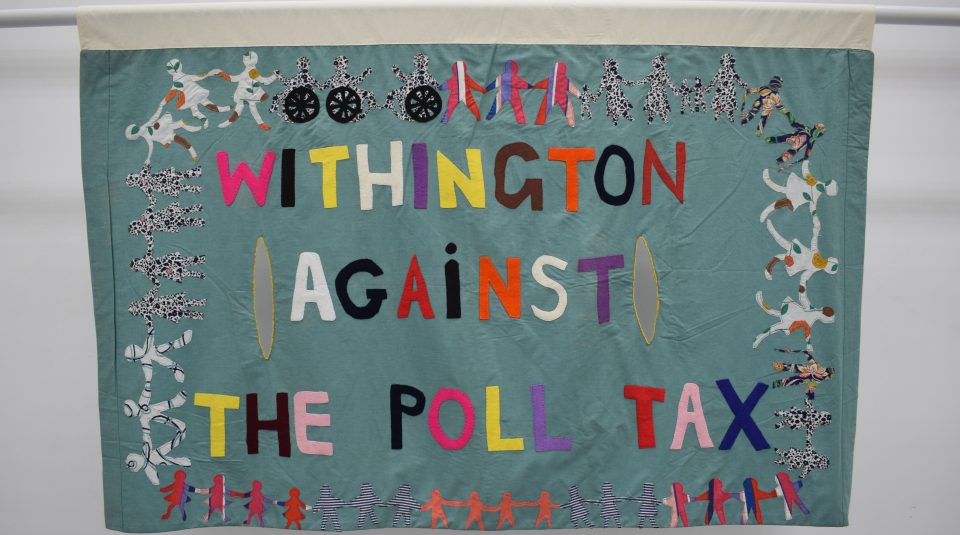 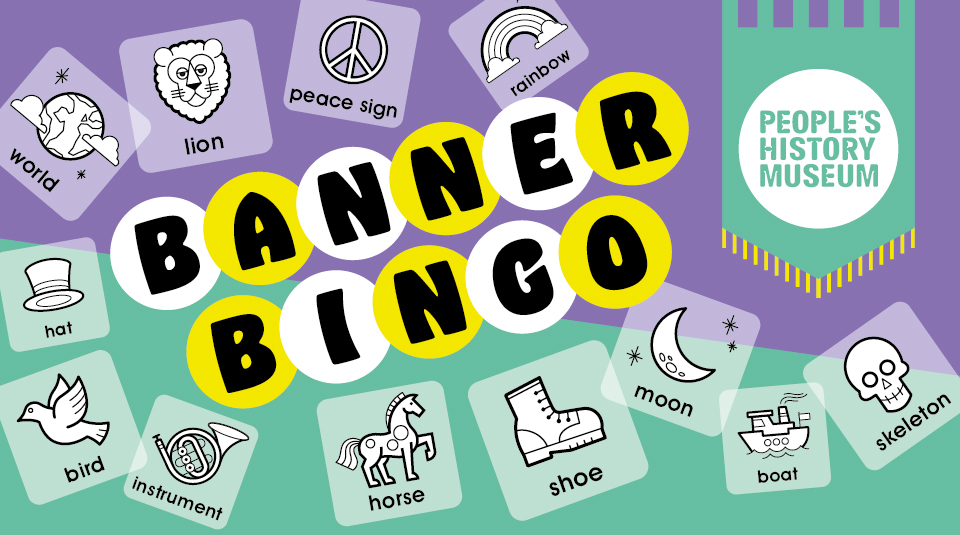 At the People’s History Museum (PHM) 2022 Banner Exhibition, come face to face with the handiwork of the people who fought for the rights we have today.

Banners are large and colourful representations of groundbreaking moments of protest and the people united by them.  Join a march through the history of rights and equality in PHM’s main galleries, discovering the memorable messages and motifs which make banners such a powerful tool in fighting for change.

The 2022 Banner Exhibition revamps a quarter of PHM’s main galleries. This year’s banners give a unique and distinctive insight into movements such as LGBT+ solidarity with the miners’ strike of 1984-85, artists campaigning for women’s rights in the early 20th century, and disabled people’s activism – the theme of our upcoming Nothing About Us Without Us programme.

Find out more about the banners with a guided tour of the 2022 Banner Exhibition from staff at People’s History Museum, including an expert from our Conservation Team on Saturday 30 April at 11.00am Booking required, limited places.

Families! Collect your Banner Bingo activity from the Info Desk on arrival.

Part of PHM’s 2022 and 2023 programme exploring the history of disabled people’s rights and activism through a co-curated programme of exhibitions, events and activity.