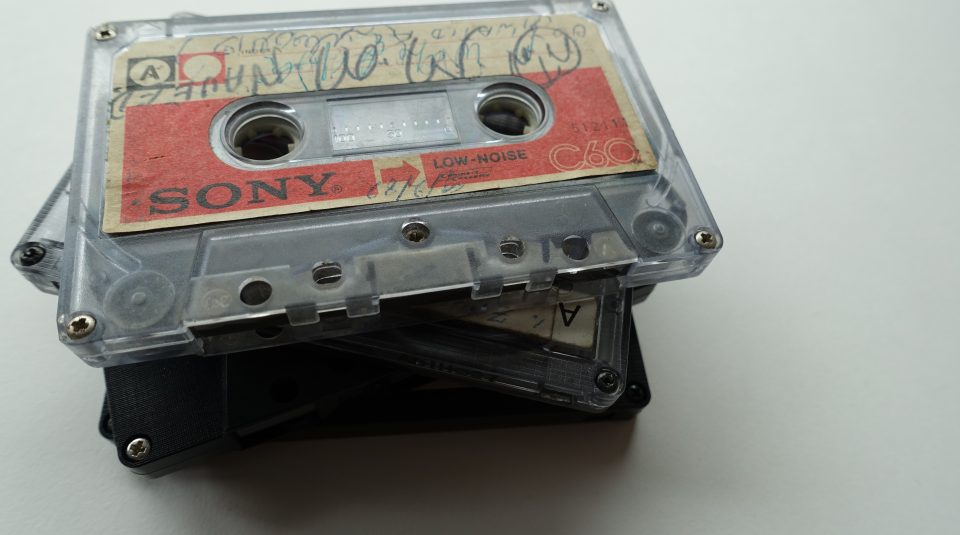 A sound installation and exhibition presenting the personal and domestic histories of members of the Pothwari-speaking British-Pakistani community from audio messages sent on cassette tapes.

Brought to us by Modus Arts, a collective of sound artists based in London, Tape Letters shines light on the practice of recording and sending messages on cassette tape as a mode of communication by Pakistanis who migrated and settled in the UK between 1960-1980.

Drawing directly both from first-hand interviews and from the informal and intimate conversations on the cassettes themselves, the project seeks to unearth, archive and re/present a portrait of this method of communication, as practised mainly by Potwari-speaking members of the British-Pakistani community, commenting on their experiences of migration and identity, commenting on the unorthodox use of cassette tape technology, and commenting on the language used in the recordings

Find out more about the project:

Part of our year long programme exploring the past, present and future of representation, marking 100 years since all men and some women won the right to vote in Britain.  Following an open call for submissions, the 2018 community exhibition programme was selected by a panel of museum staff and members of a cross section of community groups.