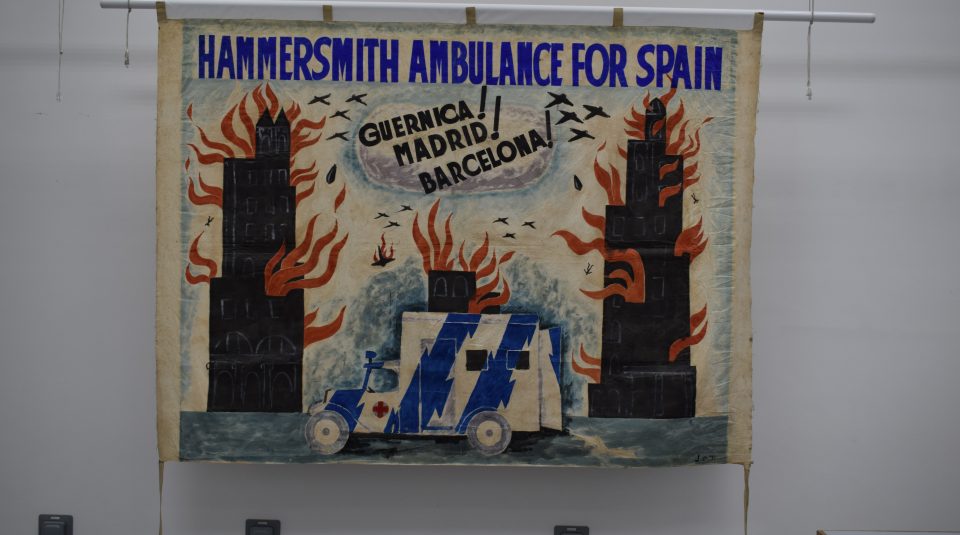 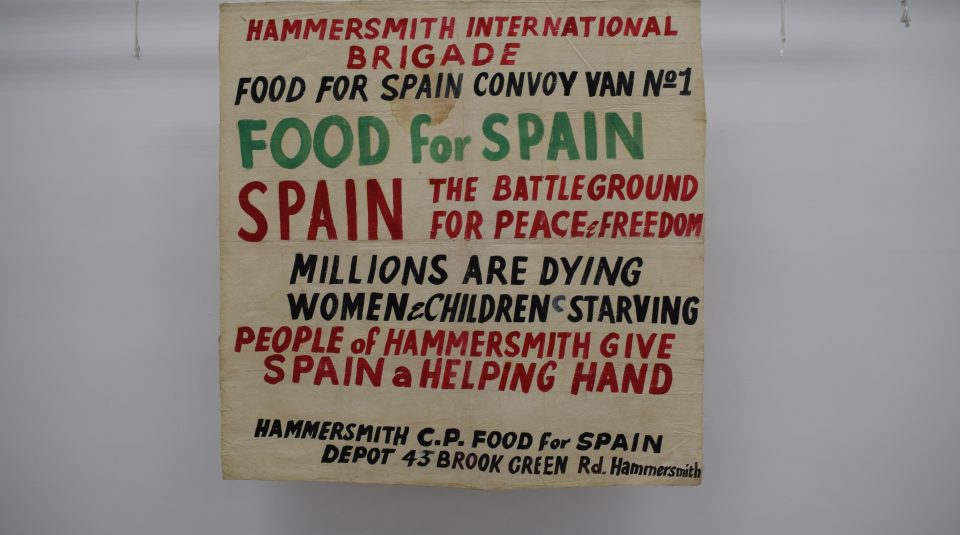 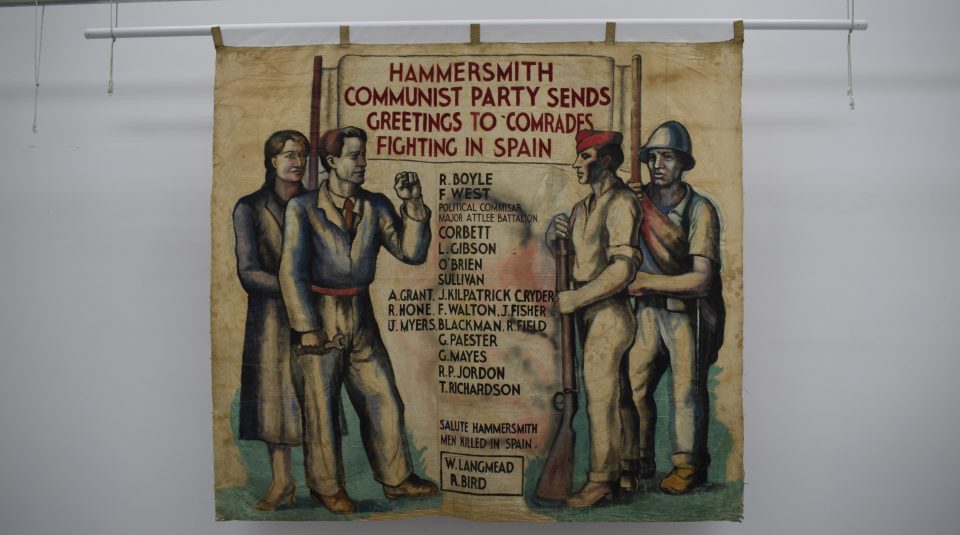 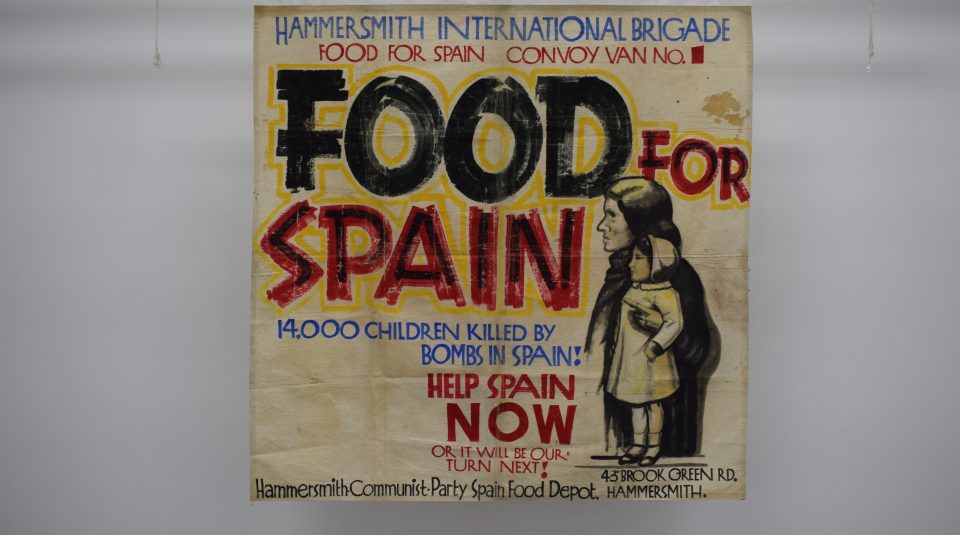 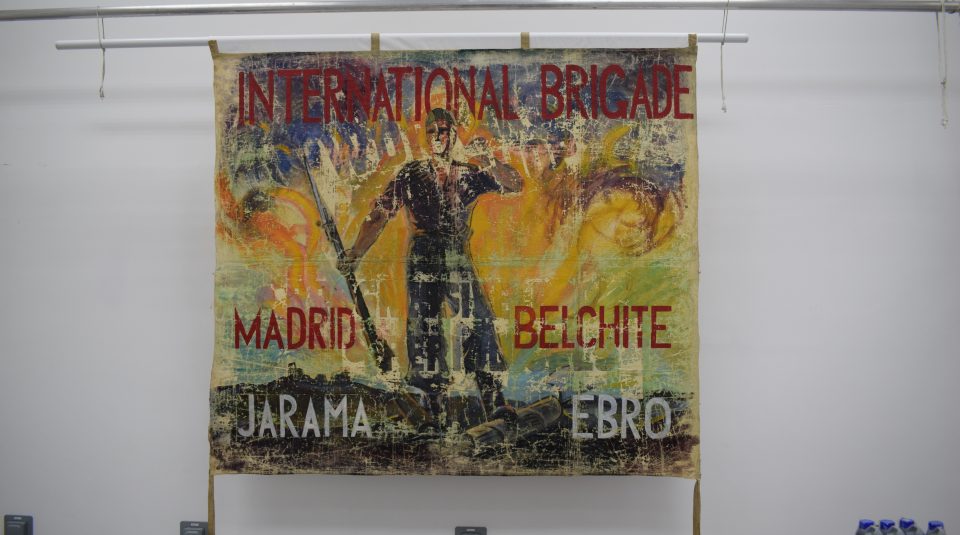 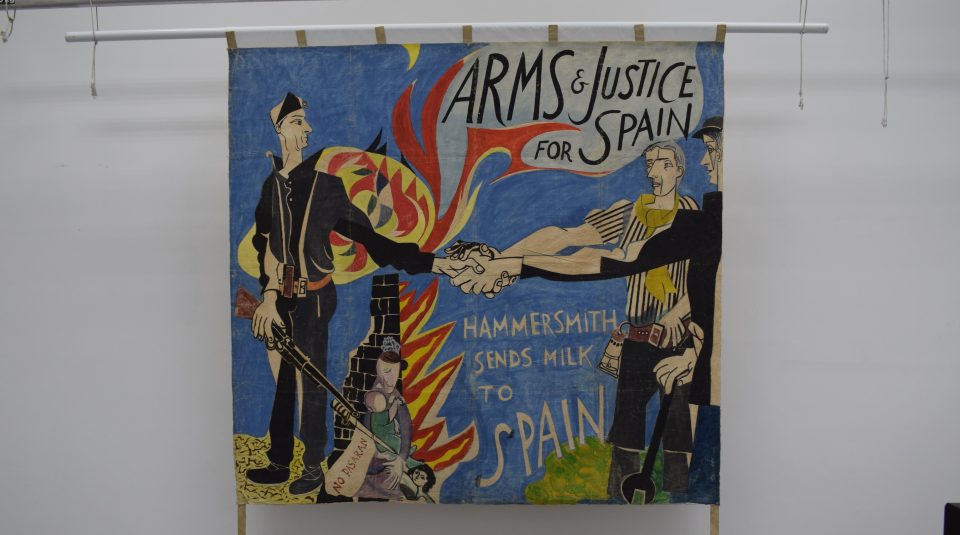 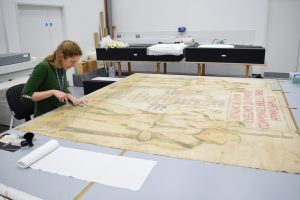 ers’ School (MML) was founded in 1933 in the heart of radical Clerkenwell in response to the rise of fascism in Europe.  The Library is home to a unique collection including a group of six banners produced by the Hammersmith Communist Party in response to the Spanish Civil War 1936-1939.

The banners had never been on public display because the library does not have space to hang them but they were planning to collaborate with Islington Museum to curate a temporary exhibition and education programme to mark 80 years since the Civil War. 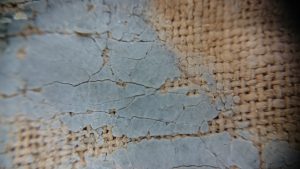 All of the banners had a similar construction, made from commercially produced cotton canvas and filled/sized for painting on one side.  They are painted in a matt, water based medium, possibly gouache.

The aim of the treatment was to stabilise the banners and apply sleeves to enable them to be displayed hanging vertically.  After a light surface clean the banners were closely inspected and tests carried out to establish the condition of the flaking paint.

The Arms & Justice for Spain banner was found to be water based and therefore quite sensitive to water based consolidants that might be used to re-adhere the flakes to the canvas.  It was also problematic 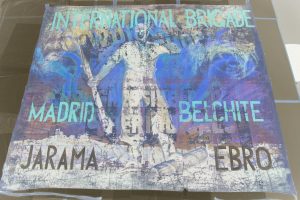 because of the matte nature of the paint surface, meaning that compatible adhesives would also need to be matte in appearance once dry.  In this case Isinglass was found to be the best fit, applied in small amounts with a fine brush in the affected area.

The paint on the second banner was identified as oil-based medium and unevenly painted.  The image was quite confusing to look at initially because there are losses to the paint and there is a ghost of text showing through from underneath.  Further investigation revealed that the banner was perhaps once used as a sign for a shop or stall and then recycled as a banner at a later stage. 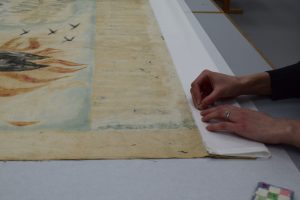 Overall the banner was considered to be in poor condition as paint flakes continued to come and a slightly stronger adhesive – Beva 371 – was chosen to prevent further loss.

Each banner was fitted with a white cotton sleeve in order to display the banners vertically, they were then rolled for transport on the outside of a cardboard tube and wrapped in conservation grade materials.