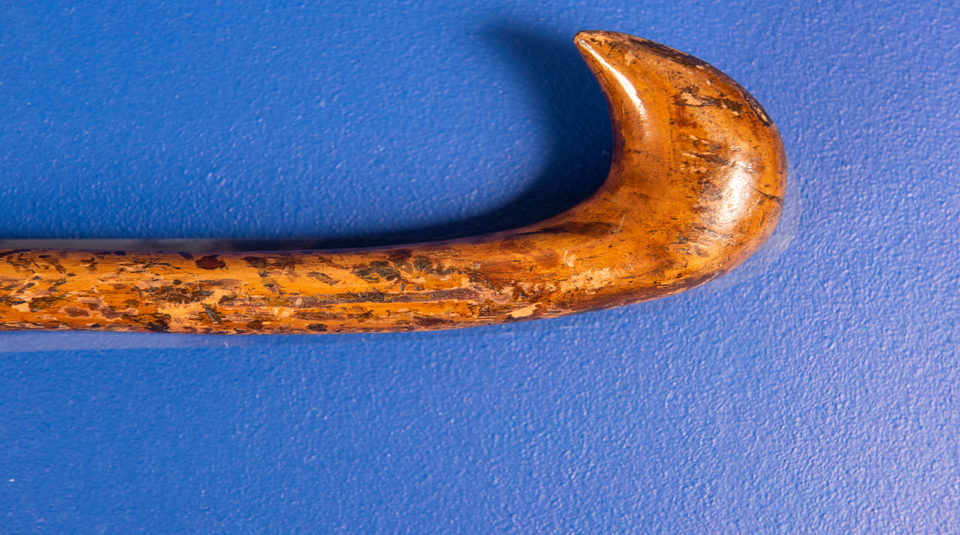 From Wednesday 23 September 2020 to Wednesday 31 March 2021
10.00am - 5.00pm Peterloo cane, from around 1819
FREE
The museum is free to visit with a suggested donation of £5
A rare Peterloo artefact on special display, one of the few items to have witnessed what took place in Manchester on 16 August 1819.

Historical objects from the working class are very rare in museums, and none more so than this wooden cane from the Peterloo Massacre (16 August 1819).  The reaction of the authorities to the peaceful protest, which ended with significant deaths, injuries and imprisonments, meant that those who were present kept a very low profile in the aftermath for fear of the repercussions.  So to have a cane that was carried by one of the protestors at Peterloo is immensely special for PHM, particularly as it was donated to the museum’s collection by a descendant of the owner, as part of the activities to mark the 200th anniversary of Peterloo.

The inscriptions on the cane suggest that its owner Charles Worsley, a joiner from Withington in south Manchester, was at Peterloo as a protestor supportive of the reform movement.  Worsley is likely to have been dressed like so many others in his Sunday best with the walking cane a part of his attire, as was the fashion of the time – which also led to inaccurate claims that the protestors were armed.

Simple in design, though highly symbolic in significance, the cane is decorated with liberty caps and a flag alongside a list of names that includes Worsley and the principal speaker Henry Hunt.  Whilst some of the words are more difficult to decipher, quite clearly are the words ‘be brought to Justice‘, and also a carving that reads: ‘I was one of the dreadfull [sic] bludgeons seen on the plains of PETERLOO‘.  Could this have been a satirical reference to the exaggerated claims that the protestors carried weapons?

Please note the museum is currently closed until further notice. 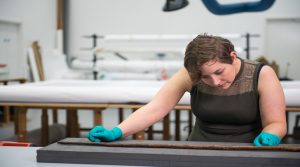 Read Collections Officer Sam Jenkins’ blog on piecing together clues from the past to reveal the story this treasured object in PHM’s collection.

The story of Peterloo

Find out more about what happened at the Peterloo Massacre in Manchester on 16 August 1819, from PHM Researcher Dr Shirin Hirsch.

Including the Peterloo cane, discover ten treasures chosen by the PHM team that capture the ethos, spirit and importance of the museum’s collection.